This is Africa Premier 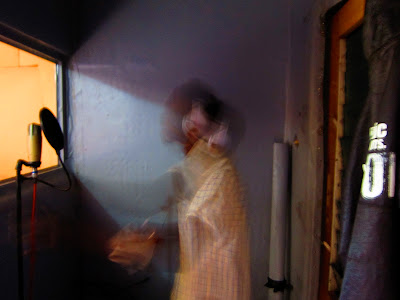 This is Africa is a collaboration between hiplife and ragga musicians from Ashaiman, Ghana (just outside the capitol, Accra) and a traditional Kusaasi gonje (one-stringed violin) player from Binaba, far to the north. The gonje player's name is Alalba Awin, but in his home town and the surrounding areas, everyone knows him as "Bob Marley."


The beat was put together by American musician, Luke Bassuener (Asumaya), who was a Peace Corps volunteer in the town of Zebilla from 2003 - 2005, and returned in 2008 to found a traditional musician cooperative called Bawku West Collective. He was back again earlier this summer, when his former student - and rising hiplife star - Awuni "Judicious" Bismark, took him to Phayaworks studio in Ashaiman and introduced him to producer, Mad Beatz. Judicious and frequent collaborator, BB then recruited ragga artist, Reeload, from the group Spotlyte Reality, and they wrote the verses that became "This is Africa." Mad Beatz recorded their vocal tracks and grabbed some of the raw Bawku West Collective recordings to produce more collaborations of the like in the future.
Posted by Unknown at 9:48 PM