Sofrito is at it again.  The international coalition of dj's and producers committed to making people dance across several continents are set to release their second compilation, International Soundclash, July 24th in conjunction with Strut Records.  Sofrito take an approach that I love: taking the best danceable music from all over the world and mixing it together to create a consistent, funky vibe.  Funk is universal, and Sofrito is your interpreter.  Dig a free track in advance of the album's release next month.  For those across the pond in the UK, check out their record release party in London July 20th.
Posted by Unknown at 11:50 AM 85 comments

Afrobeat for Ya Soul BK Edition 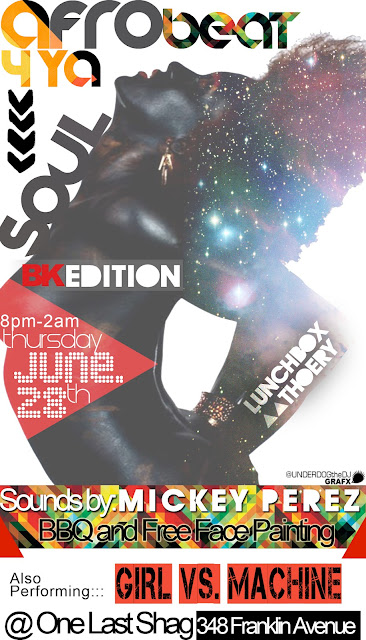 Afrobeat for Ya Soul, D.C.'s hottest Afrocentric dance party is coming to Planet Brooklyn June 28th courtesy of The Lunchbox Theory.  Mickey Perez will be on the 1's and 2's along with Girl vs. Machine at One Last Shag starting at 8pm.  Best of all, admission is free.  Just bring your positivity and energy to share.
Posted by Unknown at 1:37 PM 0 comments

Many of you know, I have a deep love for all musics afro-disco associated.  This remix of The Bank's track from Frank Agrario touches my afro-disco soul. Dig it.
Posted by Unknown at 1:02 PM 1 comments

For the third time in a decade, drought in the Sahel region of Africa is threatening millions of people with hunger. Meanwhile, conflict in Mali has forced at least 300,000 people to flee their homes, adding to the hunger crisis both in Mali and neighboring countries. The UN World Food Program and its partners have launched a regional response to bring food assistance to more than 9 million people in eight countries.  Dig the album, join the fight against global hunger and support World Food Program USA. Text AID to 27722 to make a $10 donation.

Catch The All-Stars in Concert on their World Tour: 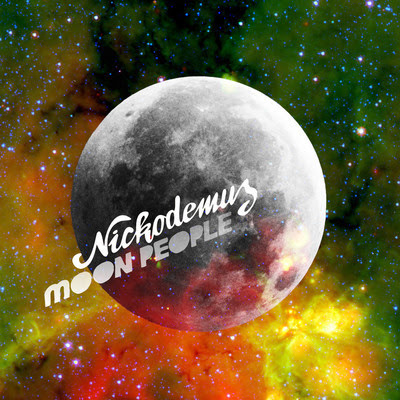 One of the dopest dj's NY has ever seen is spinning this weekend in BK.  Nickodemus will be on the 1's and 2's this Sunday at the DeKalb Market (for free!) to celebrate the release of his new album Moon People, out June 19th on ESL Records.  Dig the link to a live mix from the master blaster below to get a taste of what he's all about.

Red Hot is back at it again.  The first single featuring ?uestlove, Angelique Kidjo, tUnE-yArDs, and Akua Naru from their forthcoming album, (RED) Hot + Fela, out this fall on Knitting Factory Records, is out today via Itunes and Soundcloud.  All proceeds from the album go towards AIDS research via (RED) and The Red Hot Organization.  Dig the track below, buy it for a good cause, and keep an ear out for the full album later this year.
Posted by Unknown at 12:01 PM 0 comments