Joni Haastrup is one of the most influential forces in 1970's Nigerian music. He was at the forefront of the burgeoning Afro-Rock movement and rode the wave all the way through disco to afrobeat. Soundway and Tummy Touch Records are collaborating to showcase that progression by reissuing three albums: two releases from MonoMono, Give The Beggar a Chance and The Dawn of Awareness, and Haastrup's debut solo album, Wake Up Your Mind.

Joni Haastrup descended from Yoruba royalty in Western Nigeria. While his choice to pursue a career in music was not embraced by his family, he rose to popularity quickly with his flashy stage presence and strong voice. He eventually sang lead vocals on Orlando Julius Ekemode's Super Afro-Soul LP and became known as Nigeria's Soul Brother #1.

I first discovered Haastrup via Nigeria Special as his disco jam Greetings made recurring appearances in my dj sets. These three albums provide an unabridged look at Haastrup's work, showcasing the span of styles he embraced throughout his career. Any of these three albums will provide some interesting listening material, but my favorite is definitely Wake Up Your Mind. I love Nigerian Disco, this is some of the best out there. Dig a free track off of The Dawn of Awareness here. 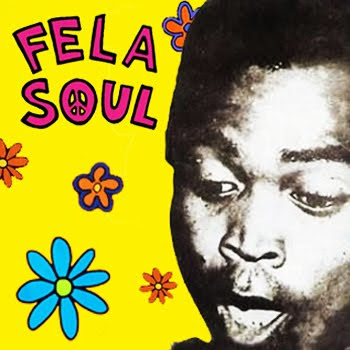 Don't you love it when beatmakers mashup afrobeat instrumentals with hip-hop lyrics? I do, which is why I love Fela Soul, Amerigo Gazaway's remix creation combining De la Soul and Fela Anikulapo Kuti. If you love either artist, you're going to especially love this. Dig it here.

If you haven't heard Kuduro, the crazy sounds coming from Angolan beatmakers, it's about time you have. I don't think I could find a better introduction than Bazzerk - African Digital Dance, a compilation put together by Jess & Crabbe for Mental Groove Records that showcases not only the original Angolan beats but also their descendants in Brazil, Cape Verde, Portugal and elsewhere. Be careful with this one. 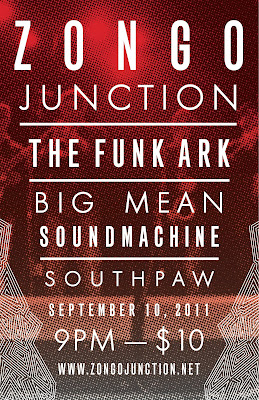 I'll be on the 1's and 2's this evening when three seriously funky afrobeat bands hit the stage at Southpaw in Brooklyn, NY: Zongo Junction, The Funk Ark, and Big Mean Sound Machine. Definitely a night not to be missed. $10 at the door, come prepared to dance...
Posted by Unknown at 11:03 AM 0 comments

The Dub Invasion is officially about to take over New York! Over the course of the next week, The Sound Liberation Front is curating a series of dub-related concerts, classes, film screenings and lecutres at different locations across the city. If you're into dub, this is the week it all comes together for you. Find a complete list of events below:

Clive Chin (3-4PM)
Legendary producer Clive Chin, along with innovative engineer Errol Thompson laid down the foundation of the dub sound and originated some of the genre’s earliest recordings. He will demonstrate how to dub a track using original material. Experience the culture with one of its originators… A festival highlight! Workshop will be streamed live on the Dubspot website. Event is Free but space is limited so make sure you RSVP.

Lee “Scratch” Perry
Lee “Scratch” Perry- Subatomic Sound System- Jahdan Blakkamoore
Whether you call him a genius or a madman, Lee «Scratch» Perry is without a doubt a towering figure in reggae. The Grammy award winning producer, mixer, and songwriter, was behind the early Bob Marley classics, and along with King Tubby, helped shape the sound of dub music. Collaborators on recent Perry dubstep releases, Subatomic Sound System & Jahdan Blakkamoore, will be supporting.

Get limited super-discount $19 advance tickets at Ticketmaster by entering our festival code “dub”!

Dub Documentary Screenings
Devon D’s Dub History(2-3PM)- Musically Mad(3-4PM)- Dub Echoes(4-6PM)
Get inspired and learn about the history and culture behind the sound during this day-long music documentary marathon. Event is Free but space is limited so make sure you RSVP.

Dub Masterclass Pt 3
Mad Professor (6-7PM)
Legendary second wave UK dub producer and disciple of Lee Perry unveils the secrets that made the Ariwa label one of the leading forces in dub music. Workshop will be streamed live on the Dubspot website. Event is Free but space is limited so make sure you RSVP.

All Together Now Kickstarter


If you've been following my blog, you know I'm a huge fan of a specific family of musicians based in Brooklyn, NY. One of those musicians, Tim Allen of Thought and Hylofi among others, is taking on an amazing project to capture the energy and collective consciousness taking place right now via a documentary film. In order to make his vision a reality, he needs your help. Make a donation via his kickstarter page, and check out the concerts they'll be documenting at Southpaw in December.
Posted by Unknown at 9:05 PM 0 comments