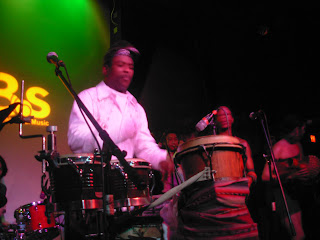 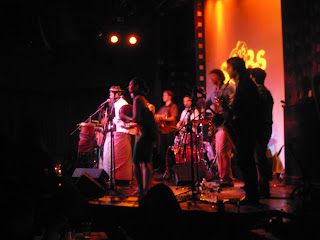 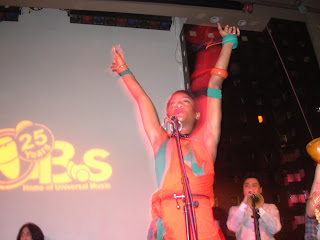 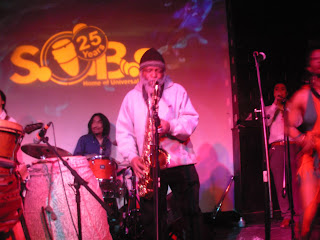 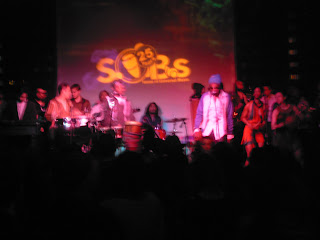 Akoya, one of New York's premier Afrobeat Ensembles, proved why they are as good as anybody on the scene last Thursday night at S.O.B.'s at the release party for their new album, President Dey Pass. In a night that featured Akoya's own diverse mix of talented musicians from all over the world, a superstar lineup of guest musicians hit the stage as well including Cedric “Im” Brooks of the Skatalites, Amayo, Marcos Garcia, and Eric Biondo of Antibalas, Jared Tankel of Budos Band, Paula Henderson of Moisturizer, and Dj Rich Medina on the 1's and 2's.
Akoya is a 13-piece Afrobeat band based in New York with members from Benin, Panama, Ghana, South Africa, the U.S. and Japan. The lead singer, Kaleta, toured and recorded with Fela Anikulapo Kuti and Egypt 80 for ten years. What sets Akoya apart is their versatility and diversity. They are a force to be reckoned with and give Antibalas competition as the hottest Afrobeat band on the East Coast.
Posted by Unknown at 8:51 PM 0 comments